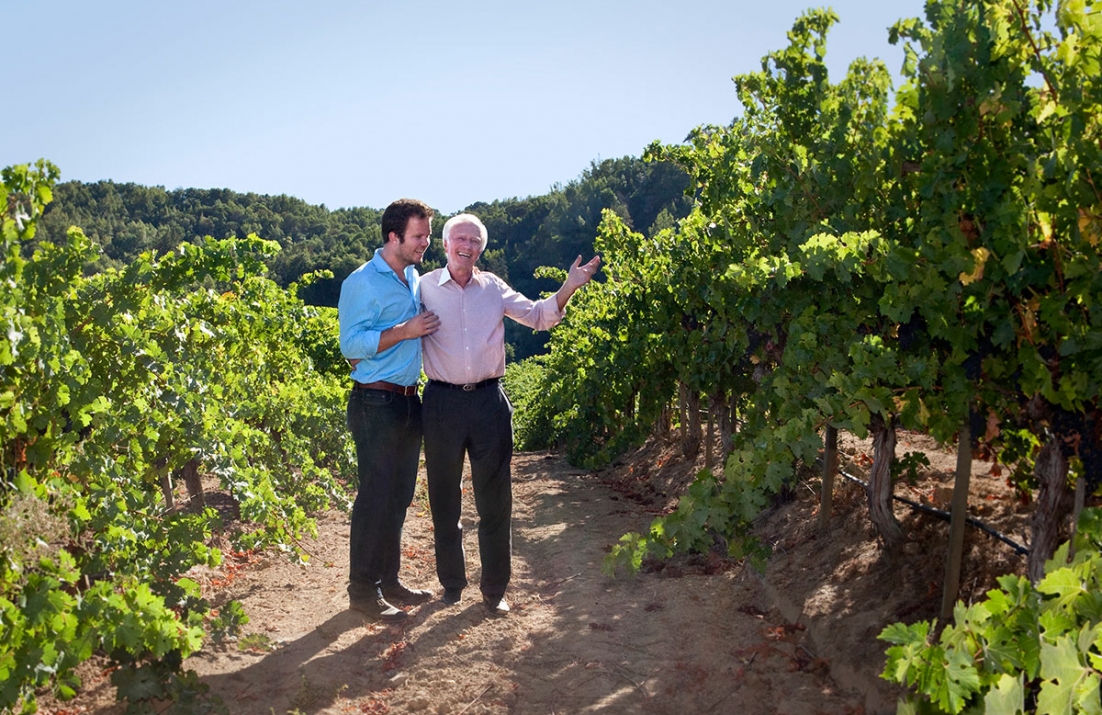 Georg and Rosie Rafael bought a piece of land in the then unnamed Oak Knoll District in 1985; 50 acres on a steep slope which had previously been used for cattle.

Initially the 25 acres were used to grow grapes which were then sold on to other Napa wineries. However, in 1996 they set up their own brand of Rafael et Fils and son Marc moved from France to Northern California in 2010 to take over the business. In his own words, Marc states that they create “classically styled wines from the Napa Valley and Anderson Valley that speak of a sense of place. We focus on pure expressions of single varietals which highlight the specificity of each vineyard.”

They harvest when the grapes are at full ripeness, at balanced levels of alcohol and acidity. Both vineyards benefit from cooler climates which lengthen the ripening period giving the wines good concentration and freshness. Yeasts are mostly ambient or very gentle and fermentation happens at its own pace.