A Buyer’s jaunt around Veneto 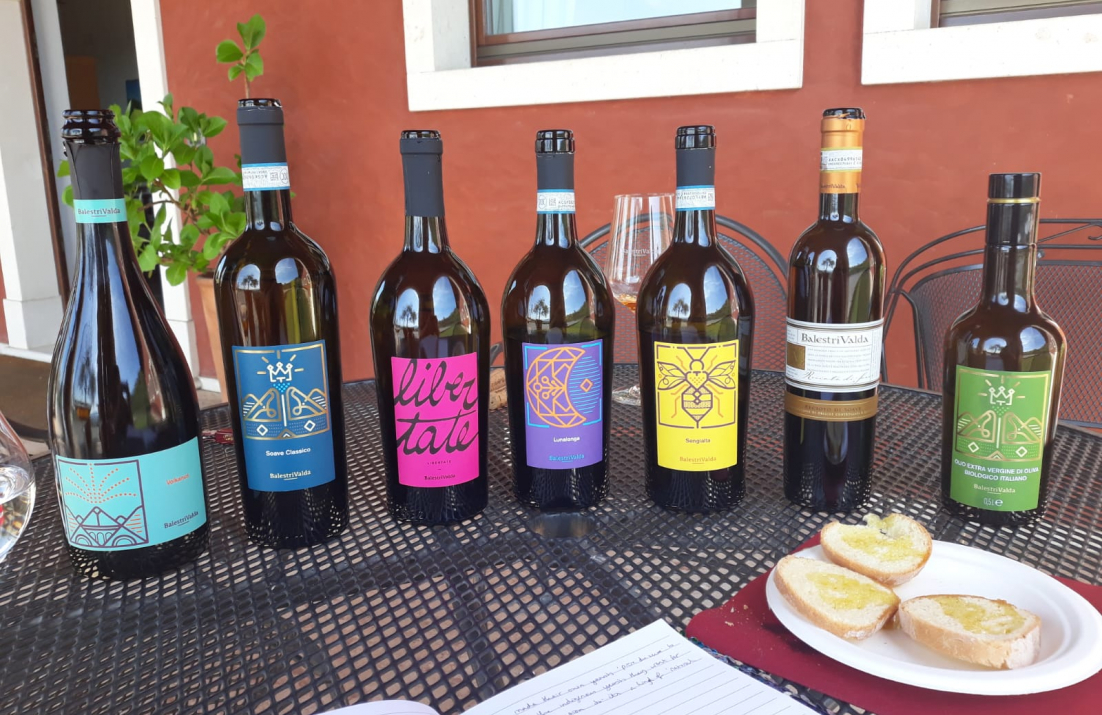 It was a pleasure to be back in Verona for Vinitaly after a two-year hiatus (we all know why so let’s not get into that!).

The fair, whilst perhaps not as busy with as many attendees as in previous years, was large with a vibrant atmosphere. Everyone was very happy to be able to meet in person after such a long time. It's always a great fair for meeting with existing producers as well as searching for new products, and having Verona as a backdrop is never a bad thing! The days are long with lots of meetings and tastings so, after four days at the fair with purple teeth and feet on fire, I relished the change of pace and took the opportunity to visit a couple of local producers at their wineries.

The day after the fair ended, I picked up a hire car and drove to the heart of the Soave Classico region, through the historic centre and wound my way up a few hairpin bends to visit Balestri Valda. I was warmly welcomed by Laura Rizzotto who joined her father in the winery in 2005 and has subsequently taken over the business. Her father founded Balestri Valda in 2000 after spending the majority of his career as winemaker at his father’s winery (where Laura’s brother now works) so winemaking is very much in the blood of the Rizzotto family! 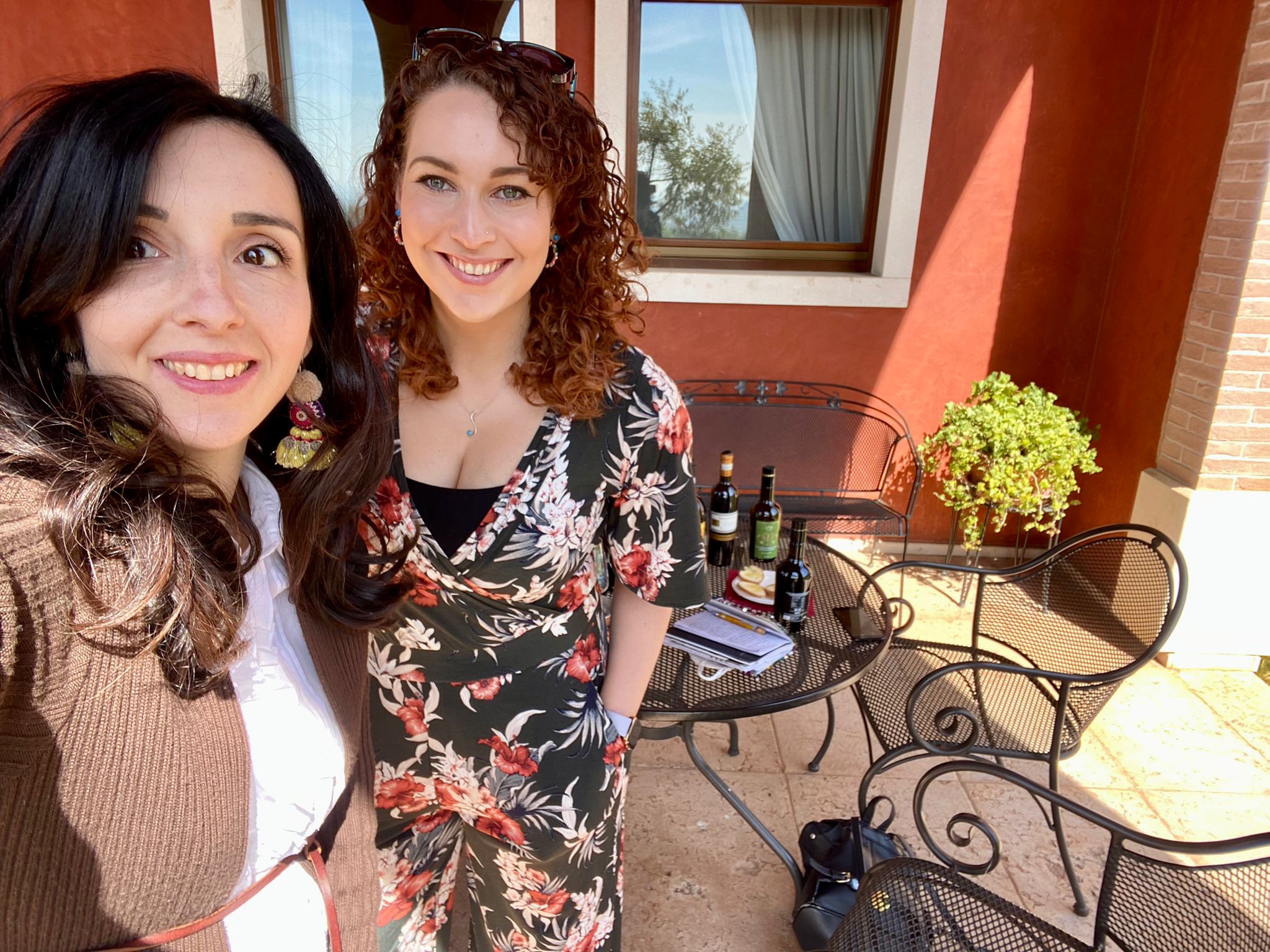 Laura explained to me the history of the land. Millions of years ago there were volcanoes on one side and the ocean on the other, the result of this can still be seen in the soils where you have limestone soils from the ocean and black basalt from the volcanoes (black basalt is literally lava which cooled and turned into rock). Some of their vineyards are limestone based, some are a mix of the two and their single vineyard Soave Sengialta is all black basalt which gives it its distinctive minerality.

When Laura joined her father in the business, he used to use chemicals as is standard in conventional agriculture, she had to really push to move the whole business into a more sustainable and ultimately organic way of working. This is one of the things Laura is most passionate about, she feels it is her duty to protect the planet and try to make it a better place for her sons and all future generations. She explained to me her ethos of using organic viticulture as a minimum standard but also takes it further than that. She is very selective with any treatments used as some treatments which are permitted in organic viticulture can still be harmful to wildlife and as they have 45 beehives, they would not use anything that could disrupt their natural ecosystem, preferring to use some biodynamic treatments instead.

Not only do they not use any chemicals or substances that could be potentially harmful, she also believes it is important to have a fair balance in their property between grape vines and other species which is why out of the 20 hectares they own, only 13 are planted with vines. They have four hectares of forest, and the rest are planted with olive and fruit trees.

After a tour around their spotless winery, learning about their winemaking techniques such as creating their own cultured yeast from carefully selected strains of indigenous yeasts naturally present in their vineyards to create a kind of ‘natural inoculation’, we sat outside for a tasting of the range. As expected, the wines are all excellent quality, the new 2021 vintage of the Soave Classico was described by Laura as the best vintage in 10 years as it was a very balanced year weather-wise with a long summer which meant they could wait for optimum ripeness in the grapes before harvest. 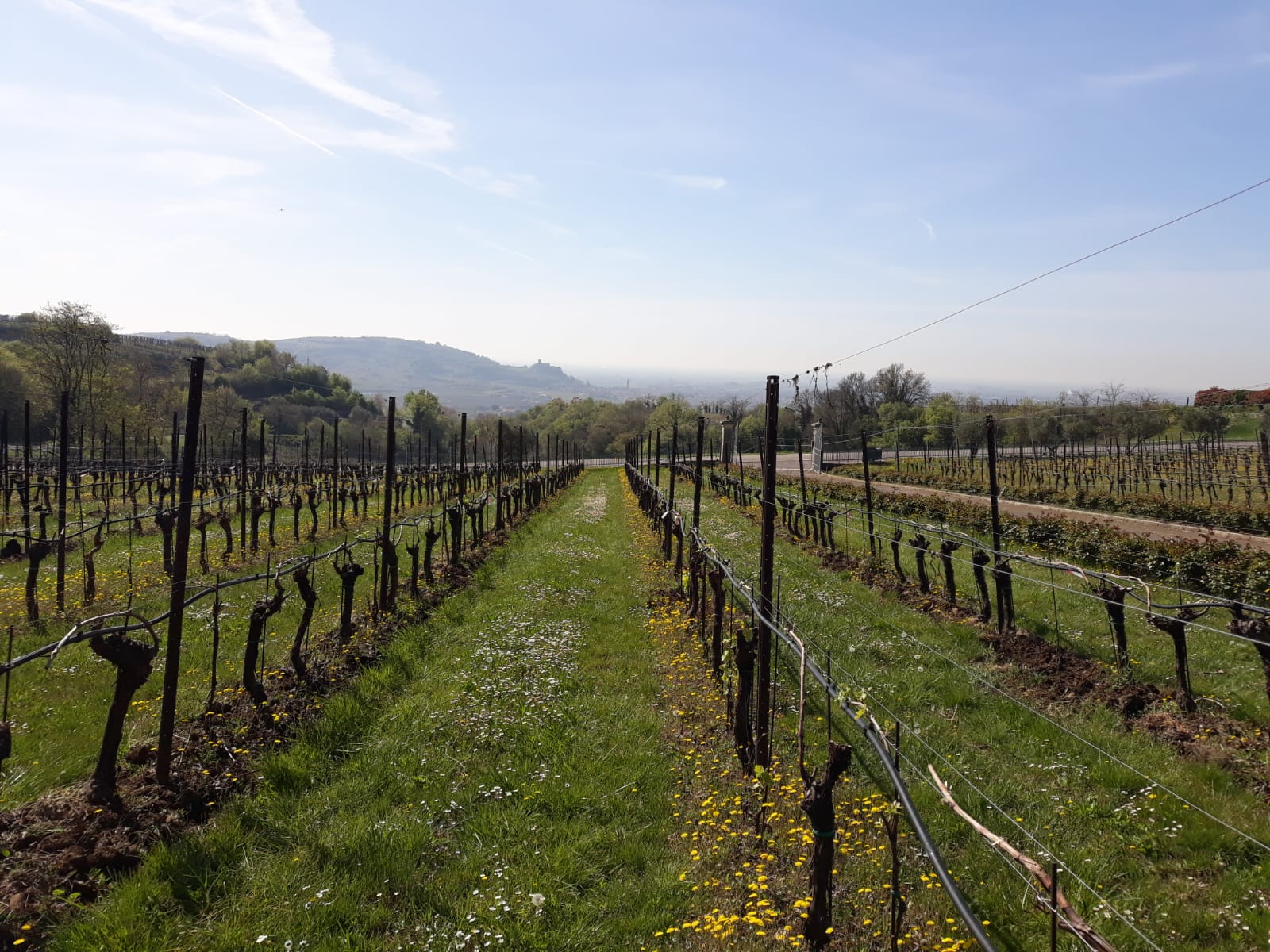 After a successful visit and tasting, it was time to hop back into the hire car and whizz across to Valpolicella to meet with Carlo Gelpi Monte Faustino for the afternoon.

He took me off to see where their new winery, which is currently under construction. I don’t know what I was expecting but it certainly wasn’t this! An absolutely huge undertaking where they are literally digging into the hillside to create a huge winery/visitor centre, the granitic rock they are excavating will also be the building blocks of the new winery which will have large windows for visitors to observe the whole winemaking process at its different stages. Part of the construction is also to build an oenotourism facility which will have pretty spectacular views across the hills of valpolicella and over to Lake Garda. 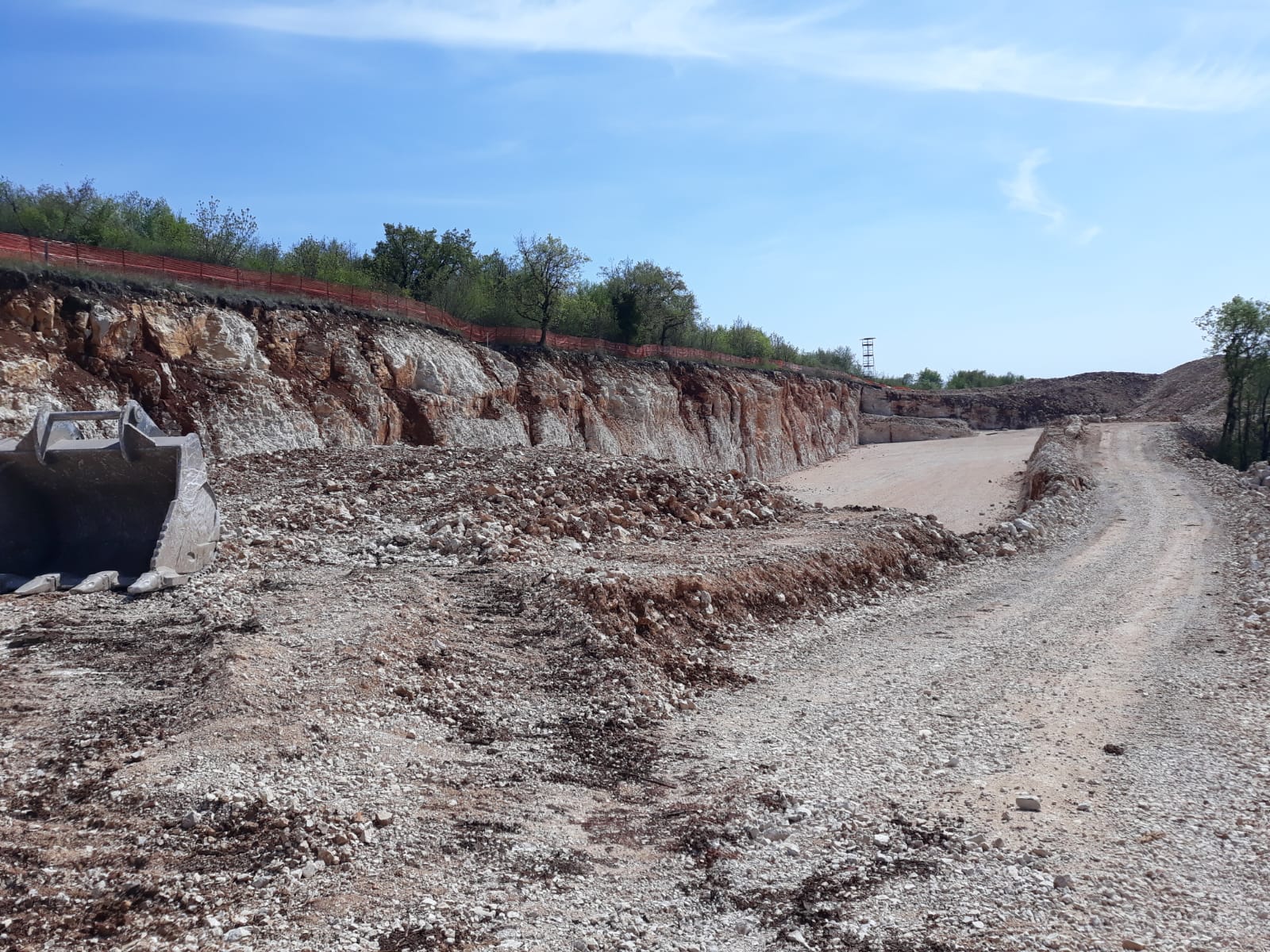 The new facility will include solar panels which falls in line with the sustainable practices they use such as minimal intervention, using pheromones in the vineyards rather than pesticides and other organic principles.

During a quick walk through one of the vineyards Carlo explained to me that they are changing their method of vine training from guyot to pergola, this is due to climate change and the fact they are getting increasingly hot summers. With the pergola system the vines are trained to be 6-foot tall which means the leaves form canopies and the grapes hang below them, this shields the grapes and stops them from burning in the hot summer sun.

On our return to the current winery, we were joined by Carlo’s uncle Paolo Fornasser, the owner of Monte Faustino. Paolo echoed Laura’s comments on the 2021 vintage by saying that 2021 was the one of the best vintages he’s ever seen. In ‘normal’ years (although with climate change there no longer seems to be such a thing as a normal year), the grapes for Amarone are crushed in January and the grapes for the sweet Recioto are crushed in February, for the 2021 vintage because there was both intensity and acidity, the grapes could dry for longer and were crushed in March and April respectively.

We tasted through the range which is always a real treat, from the brand new 2021 Valpolicella classico (which even though it wasn’t ready for release yet certainly did live up to expectations after the rave reviews of the vintage) to a cask sample of 2017 Amarone which was rich, dense and chocolatey to tasting their fantastic top wine – Maestro Fornaser Amarone Riserva 2013 which was full bodied and intense yet elegant with rich morello cherries, bitter chocolate, mixed spice, Christmas cake, the list could go on, like the length of this wine, forever! 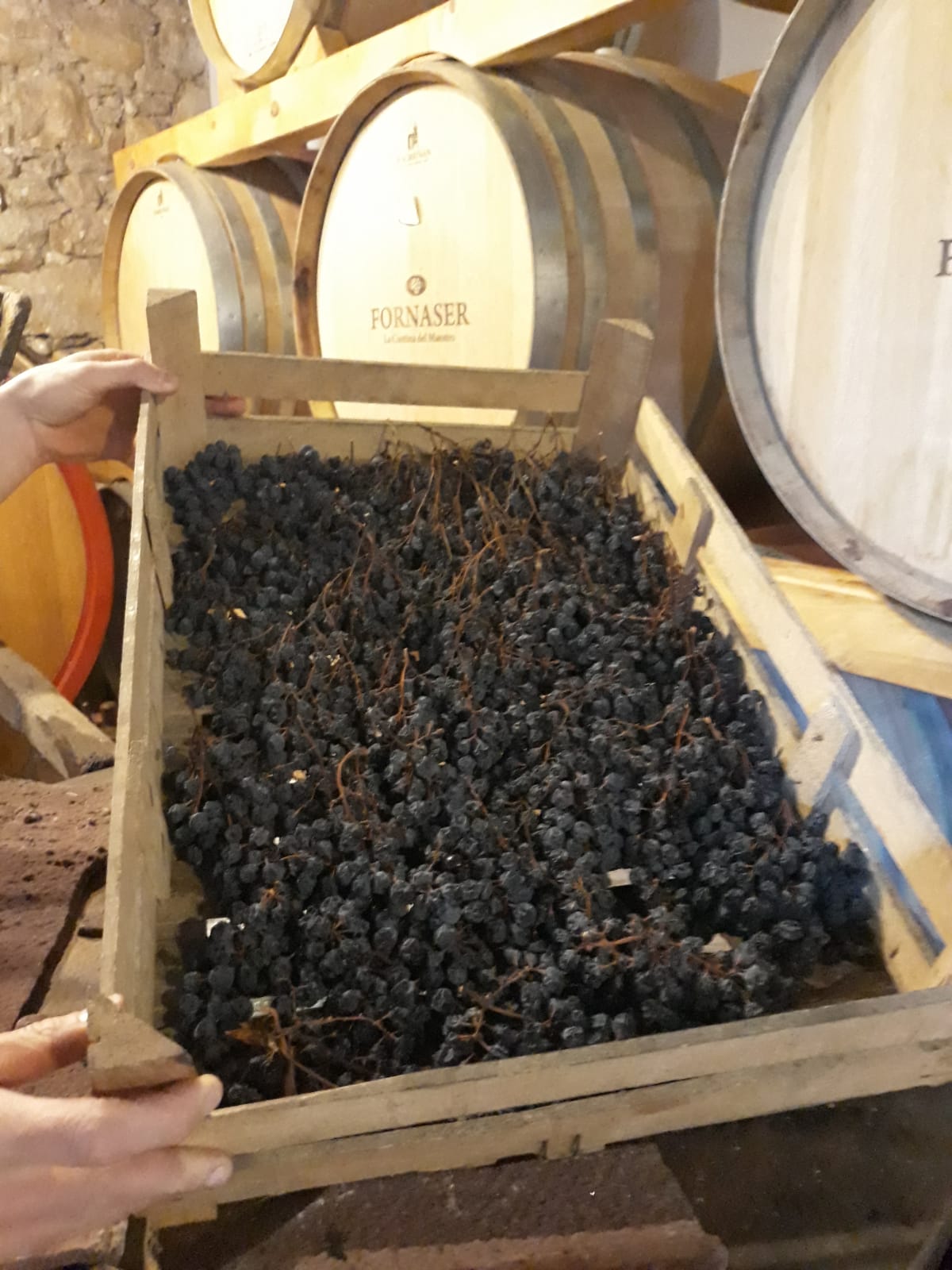