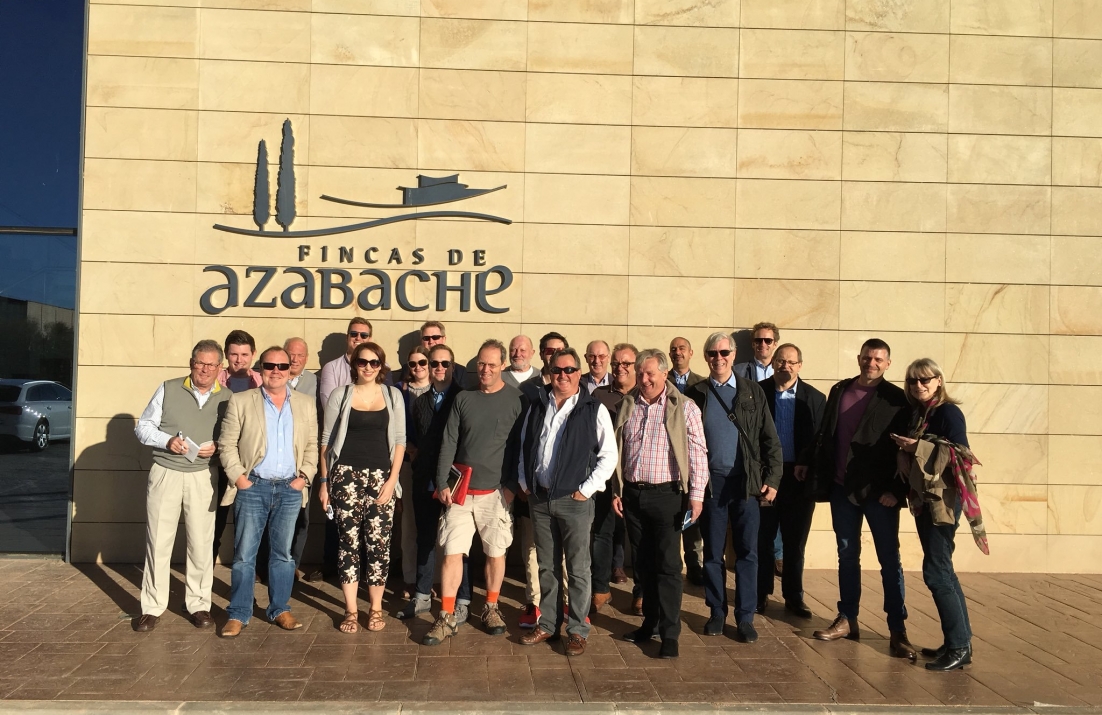 This Riojan grape variety was discovered in 1988 when a single vine mutated to produce yellow-green grapes. The vine was then propagated and Tempranillo Blanco was officially recognised by the Consejo Regulador of Rioja in 2007.

Tempranillo Blanco grapes are blessed with good acidity and a high concentration of aromatic compounds that contribute floral, tropical and citrus notes to the resulting wines. These can be blends (often with Viura) or single varietal wines.

Plantings have grown from that original pigmentally confused vine to approximately 600ha at the present date. Around 100ha of those belong to Fincas de Azabache giving access to approximately 16% of this exciting new variety. The 100% Fincas de Azabache Tempranillo Blanco is an unoaked style, accentuating the natural aromatic character and fruit flavours including green apple, citrus fruit and floral notes.

So, if you’re after something rare and esoteric backed by the assurance that quality Rioja undoubtably brings, look no further than this stunning bottle. Match with grilled fish, salads, summer vegetables or tapas such as artichokes or anchovies.

Vinedos de Aldeanueva was founded in 1956 and its premium brand Fincas de Azabache got its own state-of-the-art winery in 2014, just over the road from Aldeanueva.

The Ellis team visited Rioja in October 2017 and the first port of call was the new winery Fincas de Azabache.

Azabache has a total of 502 hectares under vine, the majority (around 70% is planted with Tempranillo). 30% of their vineyards are organic but for all their vineyards they have opted against using pesticides and instead use a pheromone blocker so that insects do not go to the vineyards to breed and eat the crops.

Innovative ideas continue at the winery where a new fermentation system is in place to enhance flavour extraction. Instead of the traditional method of pumping over, CO2 bubbles permeate the wine which keeps it moving and in contact with the skins. A by-product of this method is the creation of a distillate which they call ‘Esencia de Aromas’.

Rioja has gone through a period of change recently; as well as having two very difficult harvests (2017 in particular was characterised by a devastating April frost in many areas followed by a very hot, dry summer resulting in reduced yields), the Consejo Regulador (the regulatory board for Rioja) announced new regulations and a rebranding for the region which they have called Saber Quién Eres (meaning ‘knowing who you are’).

The most significant change to the nature of Rioja’s quality tiering comes with the addition of a completely new category, called Viñedos Singulares. Wines in the category are from single vineyards over 35 years old. Another change is that the sub-regions Rioja Alta, Rioja Alavesa, and Rioja Oriental (previously Rioja Baja) are now known as Zonas.